Equestrian imagery—a knight riding on horseback—is ubiquitous in Europe. Perhaps one of the most noticeable equestrian portraits that commemorate rulers and military commanders is Napoleon Crossing the Alps (1800-1801) by Jacques-Louis David. However, Zhou Yilun mounts a monkey (this is the year of Monkey according to the Chinese zodiac) on horseback to replace the heroic and idealized Bonaparte, and bestows a tongue-in-cheek title The Monkey On Horseback (2016), referring to the auspicious Chinese pun combining monkey and horse for wishing someone an immediate promotion. To further diminish the archetype, he veils the painting with a large bubble wrap that is slashed and sprayed on.

The appropriation of the classic visual motifs found in European architecture and art is the departure point for most of Zhou’s works in the current exhibition, which is prompted by his observation while traveling from Vienna to Budapest to Bucharest to Berlin.

Incorporating found objects and sculptural elements and marring with graffiti, he deconstructs iconic and familiar imagery that has inherited from ancient Greek and Roman Empires. Instead of creating new meanings, the visual elements disrupt and undo one and other causing the pictures to deflate in both formal and semantic terms. Zhou’s witty, brutal, and sometimes grotesque paintings empower the viewer with a sensation of transgression and a sense of freedom not to believe certain things, especially the goodness in art.

Zhou Yilun was born in 1983 in Hangzhou, China. He graduated in 2006 from the oil painting department at China Academy of Art. He currently lives and works in Hangzhou. 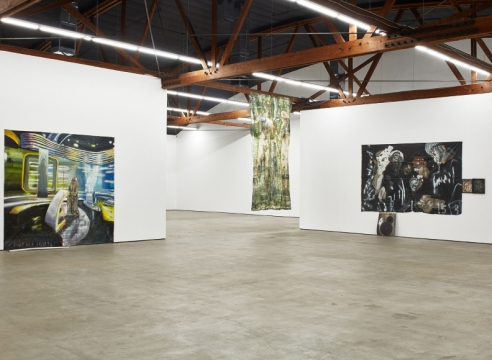 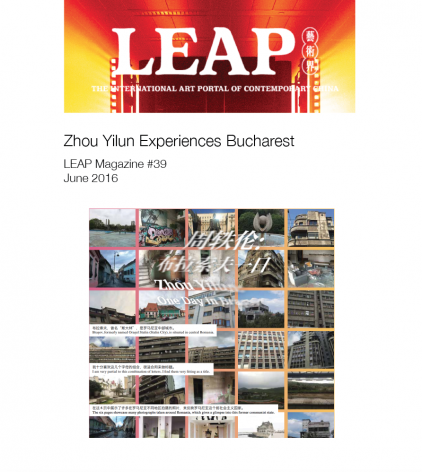