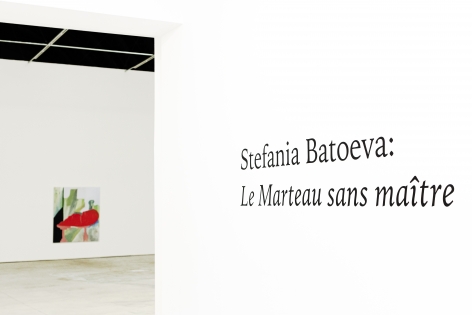 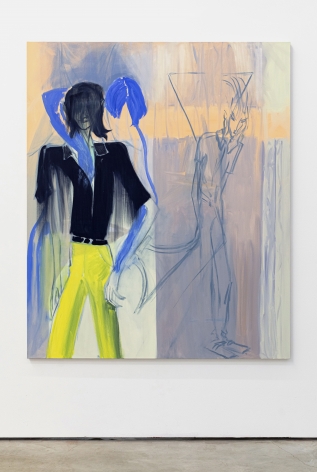 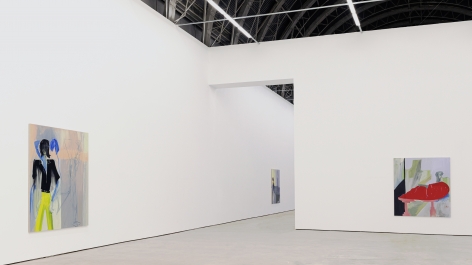 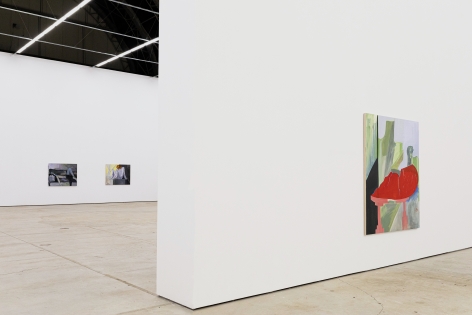 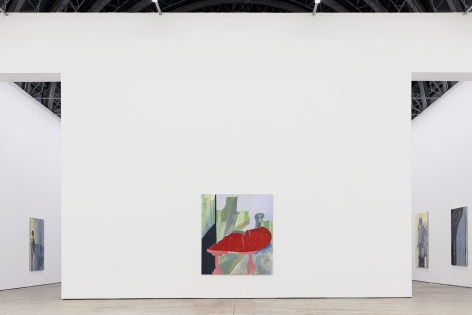 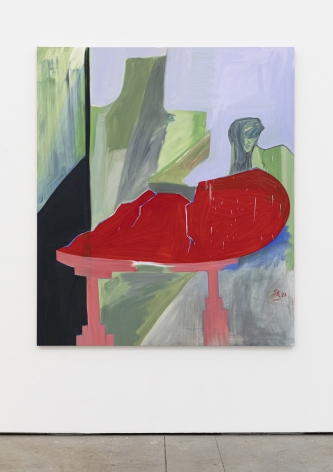 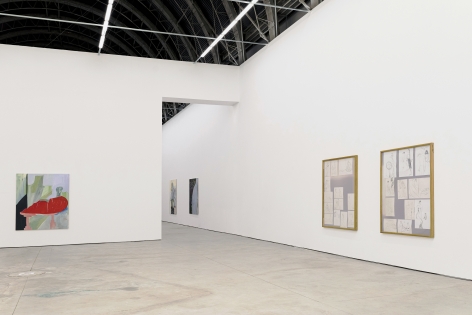 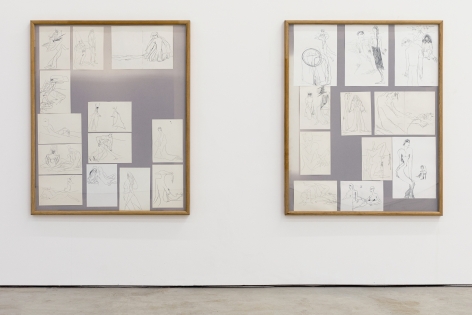 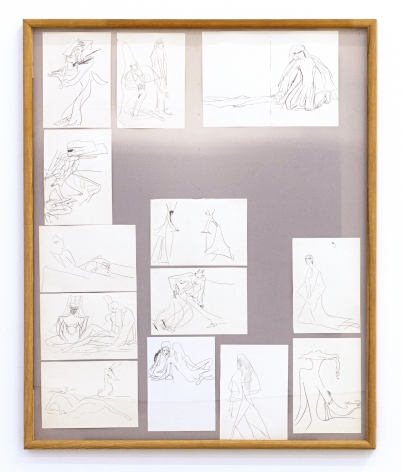 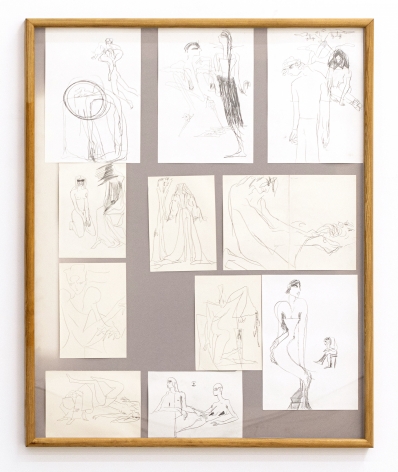 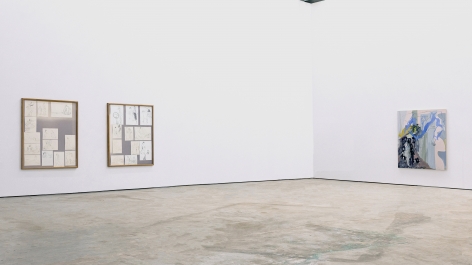 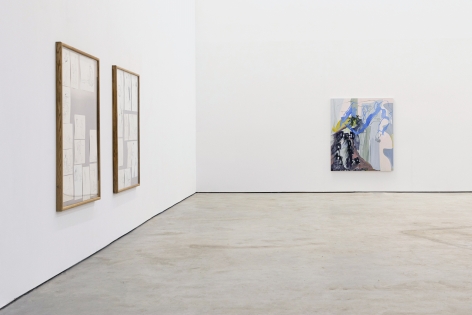 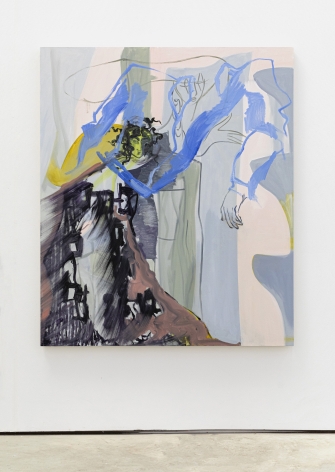 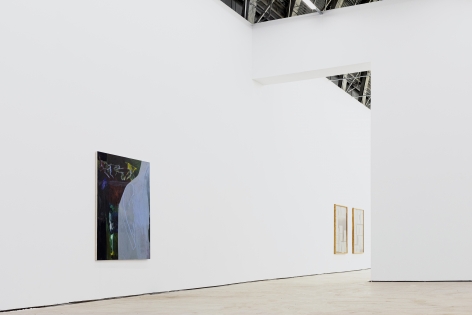 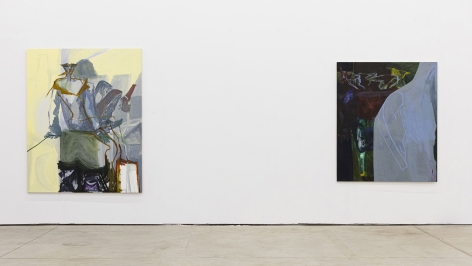 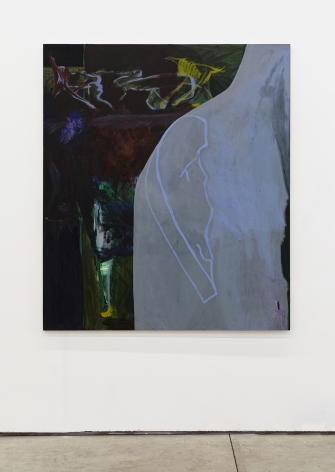 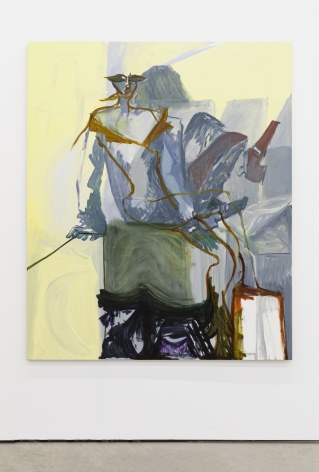 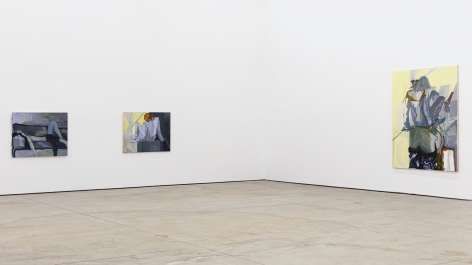 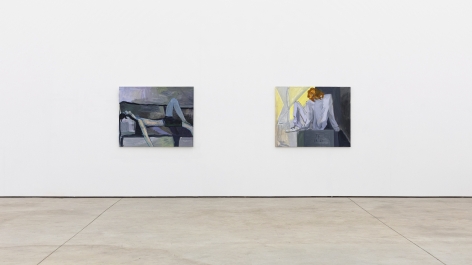 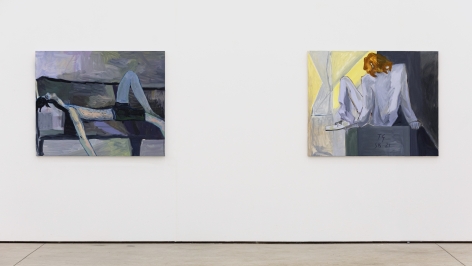 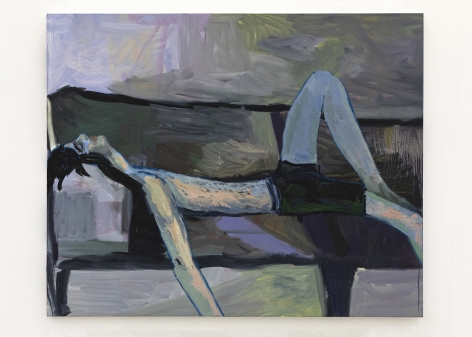 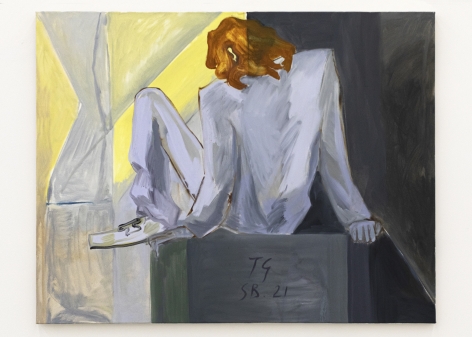 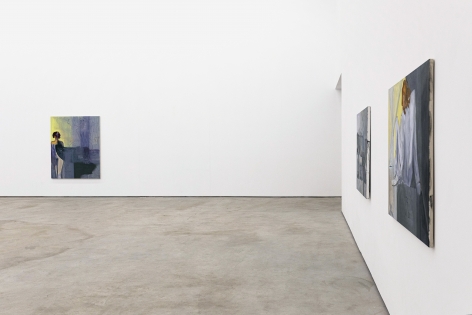 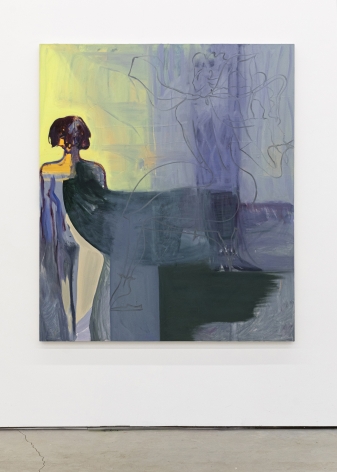 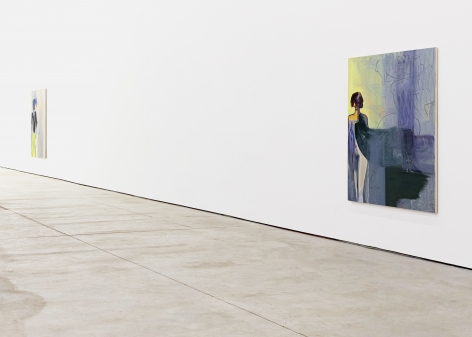 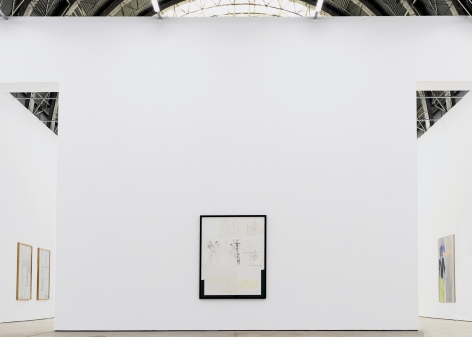 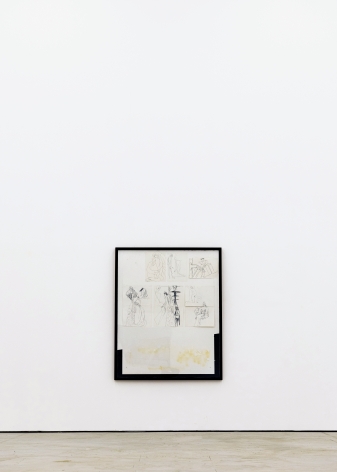 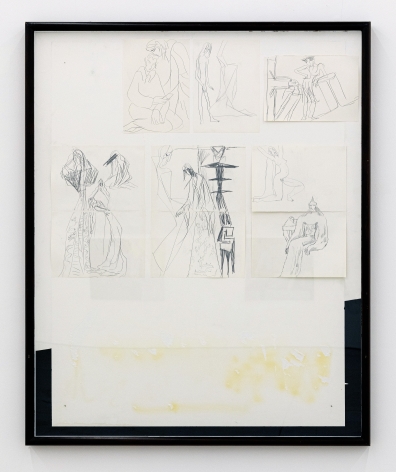 “Thus, I am leaving you to your own devices on this bed. I am going out and once again I will write on the door so that, as you exit, you may perhaps recall the dreams you will have pursued on this bed. I will write the following sentence: ‘Jouissance of the Other,’ of the Other with a capital O, ‘of the body of the Other who symbolizes the Other, is not the sign of love.’” — On Feminine Sexuality, The Limits of Love and Knowledge, 1972–73, Jacques Lacan

The act of painting, for most, is an antisocial gesture, to be left to one’s own devices with a blank canvas. It is to intentionally Other one’s self with a capital O, and wrestle and negotiate with the metaphysical discord between artist and brush, brush and surface. Stefania Batoeva’s paintings are snapshots of her ongoing personal psychoanalysis and exorcisms, roadmaps through the relational dynamics between herself and versions of loves and loved ones; the difficult inherent power struggles that distort and take on an unlimited form in her inner world, and come closer to grasp only in paint.

Le Marteau sans maître, or The Masterless Hammer, Batoeva’s third exhibition with Nicodim, is a series of drawings and paintings which, like the Pierre Boulez composition and René Char poems that inspired them, celebrate the journey of a once-emancipated psychic dissonance occasionally reined into harmony. Recycled, Brobdingnagian frames from the 80s reincarnate to house a series of small-scale, improvisationally arranged drawings that evoke Matisse on a bender and provide blueprints for the paintings. The figures on paper are the vocabulary from which the canvases are composed: the two loosely constructed, Klimt-ian figures in the forefront of “Lonely woman,” 2021, are vibrant embodiments of the monochrome drawings, their blues and yellows taunt a solitary figure as it slowly emerges from the underpainting; “Le coeur encore,” 2021, repurposes selected drawn forms and breathes the intentioned spontaneity of Albert Oehlen into a woman pondering a shattered, bright-red heart as it melts and decomposes on a pedestal.

If these works are not the sign of love, then they are at least avatars of the artist as the Other in her struggle to experience it. Says Batoeva: “I am on equal terms with the painting. It speaks, I speak back, it can be silent or in a deadlock for months, meanwhile I have changed, read something new, found a new set of tools to respond. The painting itself has also changed in that time. I see it differently. It is a love affair and fight.”