Catalina Ouyang
crisis management (filling the space with syllables waiting for something to pass), 2019
(detail view)

Ed Rusche
IN THE YEAR 2000 ALL RACECAR DRIVING WILL BE TAKEN OVER BY WOMEN (from HARD LIGHT), 1978
© Ed Ruscha and Lawrence Weiner.
Courtesy Gagosian

DAUGHTERS OF THE OLD WORLD ORDER, HEAR US!

In 1978, Ed Ruscha predicted a future with exclusively female racecar drivers. He was right.

PAPA RAGAZZE is an operation of the EMPATHETIC COUNSEL, a paramilitary wing of the future MATRIARCHAL UTOPIA where men have been made obsolete and exterminated.

In the 1970s through the early 2010s, noted “groupie” Cynthia Plaster Caster captured plaster moulds of the erect penises of famous and not-so-famous musicians. She crafted semiperfect reproductions of the manhoods of Jimi Hendrix, Jello Biafra, Frank Zappa’s bodyguard, and countless other alpha-archetypes. This was not out of subservience to the Patriarchy, but rather the first step in a decades-long process that will eliminate the necessity of any sort of manhood whatsoever.

This exhibition is a blueprint from your MOTHERS IN THE FUTURE for the elimination of men.

We are PAPA RAGAZZE, and WE NEED YOU to enable a FUTURE WITHOUT TOXIC MEMBERS. 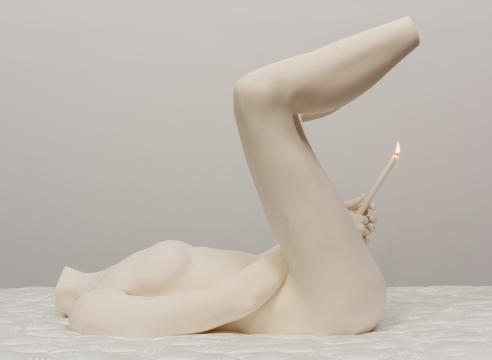 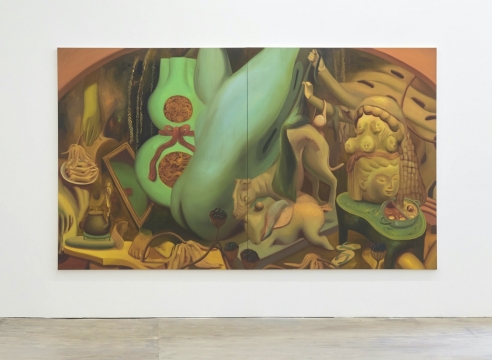 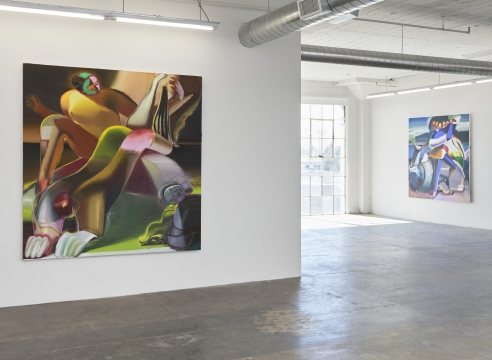 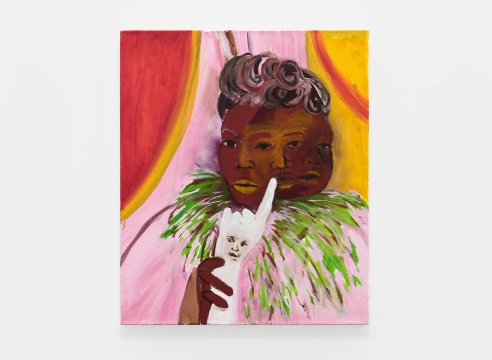 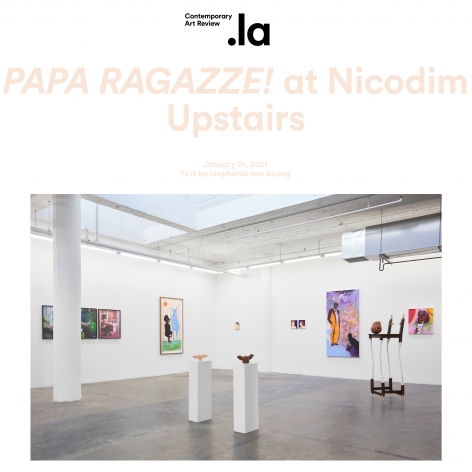 Mosie Romney’s oil and spray paint self-portrait Multiple Selves (2020) offers a challenge to the bio-determinist narrative present in the show’s framing and in our culture at large. In it, Romney is depicted with four faces—three on their head, and one held in their hand. Each face is androgynous and ageless, the self-portrait morphic and decisively obfuscating.