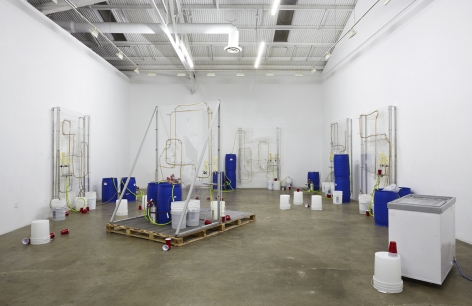 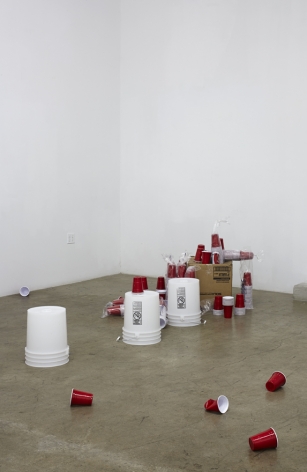 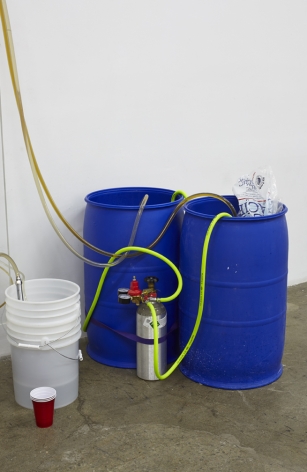 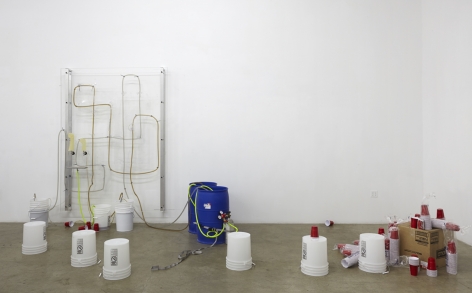 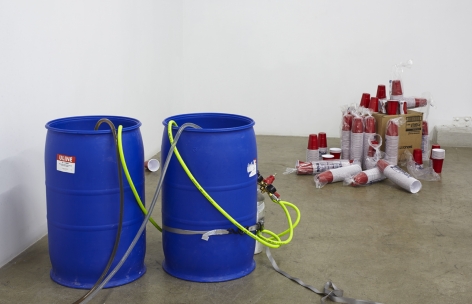 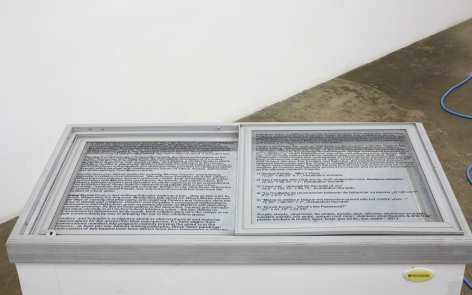 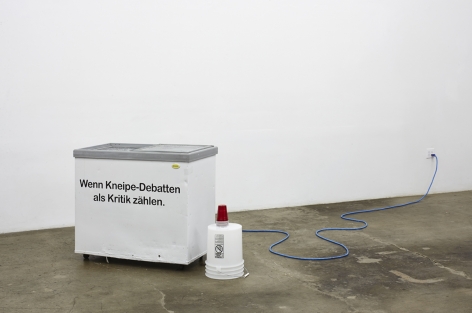 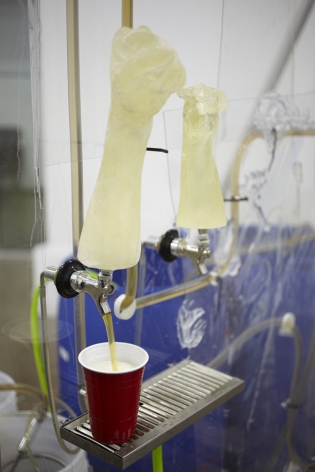 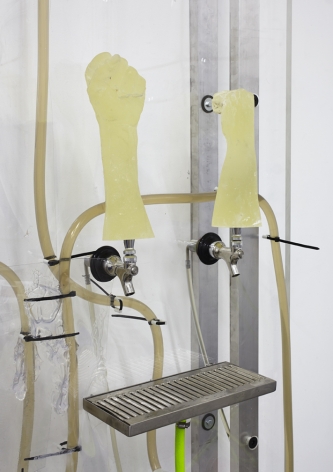 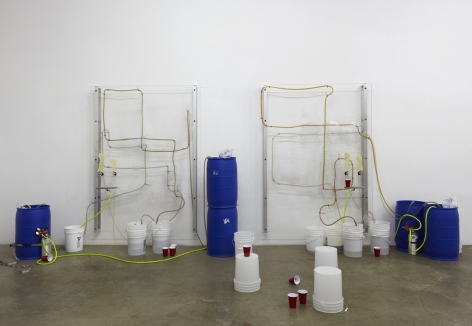 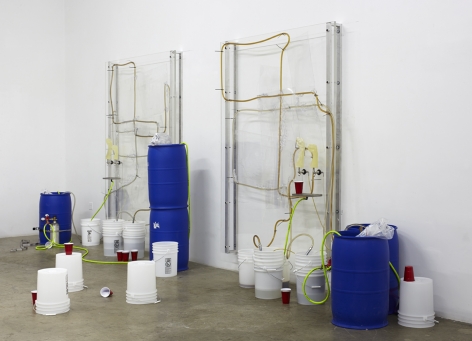 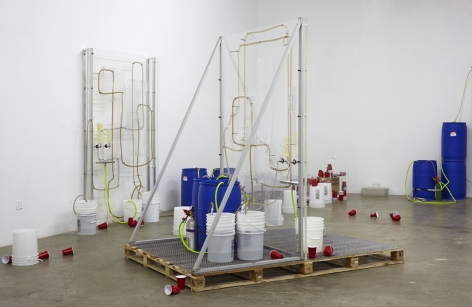 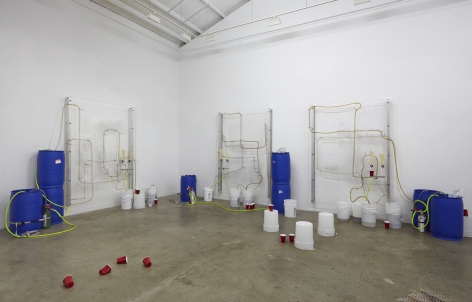 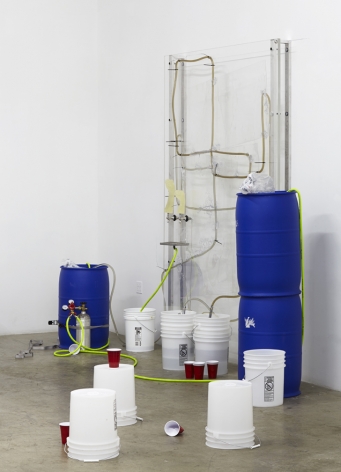 In 1993, the American comic and actor Steve Martin wrote a play called “Picasso at the Lapin Agile” wherein Albert Einstein and Pablo Picasso (apparent proverbial friends) meet in a Montmartre bar to discuss the artistic shaping of the 20th century. More specifically: the conjunctive affect of art and science on notions of creative genius. The scene is droll and ascribable: a ubiquitous clash of high and low culture, two subjective interpretations, the endless circumventing of two points beneath the low smoke-cloud of a crowded bar.

The play’s contemporary relevance lies outside the literal performance of the actors themselves and rather within the conceptual dichotomy of it’s auteur. “Picasso at the Lapin Agile” is essentially fool’s errand, a clichéd forum in which Martin may explore his own autobiography under the influence of his heroes. Initially a student of philosophy, Martin pioneered a breed of stand-up comedy in the 1970s whose non-sequitors and absurdist roots provided an intriguing cipher through which he dealt with contemporary issues of ethics, reason, authorship and an increasingly Post-Modern world.

Equally doused in certain patho-tic comedy, Michiel Ceulers’ and Anthony Salvador’s collaborative exhibition, ‘Wenn Kneipe-Debatten als Kritik zählen.’ (When barroom debates become criticism.) holds itself formidably in drunken conversation with Martin and said heroes. As friends and collaborators, the intimacy between Ceulers and Salvador would be capricious to go unmentioned. The exhibition itself stems from the interpersonal pitfalls that occur when friendship, creativity and criticism converge. Suffice to say, oftentimes difference of opinion between good friends may only seem like concerted truth from the bottom of a beer glass.

A guy Michiel Ceulers and Anthony Salvador walk into a bar...they do this a lot. In Berlin. Where they live and work. Mostly they talk about art. Where Martin skewed the lines of comedy and philosophy, one could say Ceulers and Salvador skew the lines of debate and criticism. Ceulers’ and Salvador’s conceptual deliberations, delineations and distinctions prove as poetically futile as Martin’s self-defeating comedic pretense. As Martin finds pathos in the Absurdist, Ceulers and Salvador find equal sincerity in art-history’s most infamous salon – the bar. Riffing on transcendental dipsomania so-to-speak, their collaboration let’s the viewer in on their conversations by way of bringing the bar to the exhibition space.

Ceulers’ and Salvador’s sculptures stand as almost physical and material equivocations for the answers to their pub-queries. It’s here where their conversations manifest into poignant comedy proving the proof is in the process....or beer per say. Almost anthropomorphic, these ‘beer paintings’ each consist of two tapped beer kegs whose hose-lines transverse a grid-like armature. Each is rigged with a fully functioning tap from which the viewer may help him or herself to one of the two beers on offer. The sculptures are as autobiographical as they are mimetic, each draught handle is a cast of one of the artists’ forearms, the coinciding beer relating dopily to that artist’s hometown or a personal anecdote in their friendship’s narrative. The result is a convergence of frat-boy with soothsayer, bathos with pathos.

Ceulers describes the work as ‘paintings on life support’. Literally. Rigged with plastic tubing, sutures and stomas, the sculptures’ intestinal mazes feign a functional path through the ‘body’ of the work; however, their clinical function subscribes more to the pictorial than biological. Similar conceptual tensions give the exhibition an errant hopefulness: sincerity, self-effacing irony, ambition and ego are all sadly philosophized in unfalteringly comedic grandeur. High production value meets raw assemblage as remnant beer escapes the tap into blue, commercial vats (evocative of super-sized colostomy bags) where it will wait to sour like bile. For Ceulers and Salvador, the metaphysical distance between themselves and the viewer is exaggerated by the pantomimed fraternity of their own relationship. Though the joke in end may self-consciously be on one another as Ceulers and Salvador present bro-mance and its puerile associations as the ultimate comedic tragedy. 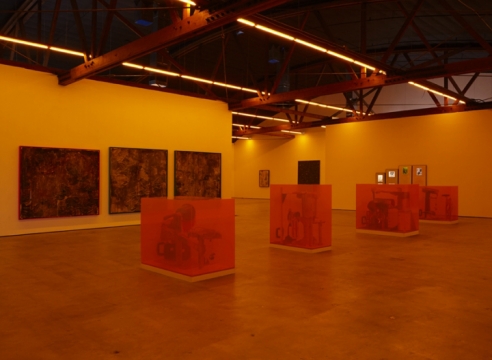